knitting, cutting, sewing, decorating our way to a funtastic day when the Tour de France visits!


Okay, we all know the game "Where's Wally?" where you hunt different pictures for a bespectacled man in a crowd. And we've tried to have our fair share of fun doing this project, like the Mission Impossible video of Bunty heading to Yorkshire to find his roots.

Well, I've now taken 4 strands of bunting out around town and "hidden" them in shops. These bits of bunting are our "strange" types, not the usual yellow, green, white, and polkadot. Let's meet them!


First of all, Bruce Bunty. Bruce has been all over the world and has many colours to show for it. The middle three jerseys come close to the Australian national champion's jersey, so Bruce it is!

Then we have Gioseppe Bunty. Gioseppe is well known across Italy have been round and round it for many years. The middle three jerseys match the mountains (maglia azzurra) and points (maglia rosso) classifications in the Giro d'Italia, the Italian equivalent of le Tour de France. The end two are more like the Kazakhstan national champion's jersey, a big bike racing country!

Hatty Bunty, named as she is made of felt, has stuck to the traditional colours of France, although her name may well be a diversion from her location.

And finally, Bunty Junior, who is tiny next to her bigger siblings.

So, where are they all? Well, that's up to you to find! If you can find them all, and take pictures of them all you'll get multiple entries into the bike competition! All I'll say is that a couple are in the centre, one is a little south and the other a little east!

Filmed on location in: The Alma, Cambridge and Scarborough and county Yorkshire. No bunting was harmed during the making of this film.
Posted by RadWagon at 18:45

Supporters
People Offering Support to the Project, get your banner here by helping!

Our Poster, Print it!

Pictures
Fuller gallery here including pictures from YOU! Please email us your knitting group pictures here (not for communication). 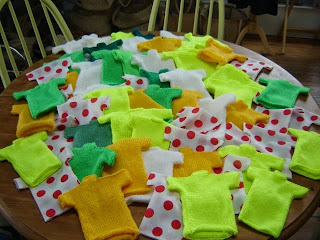 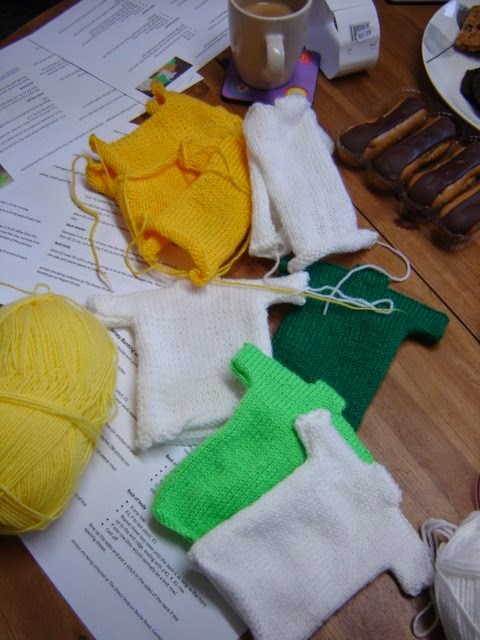 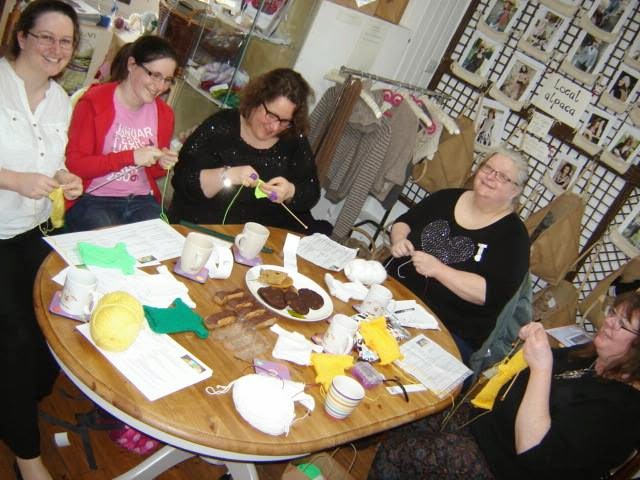 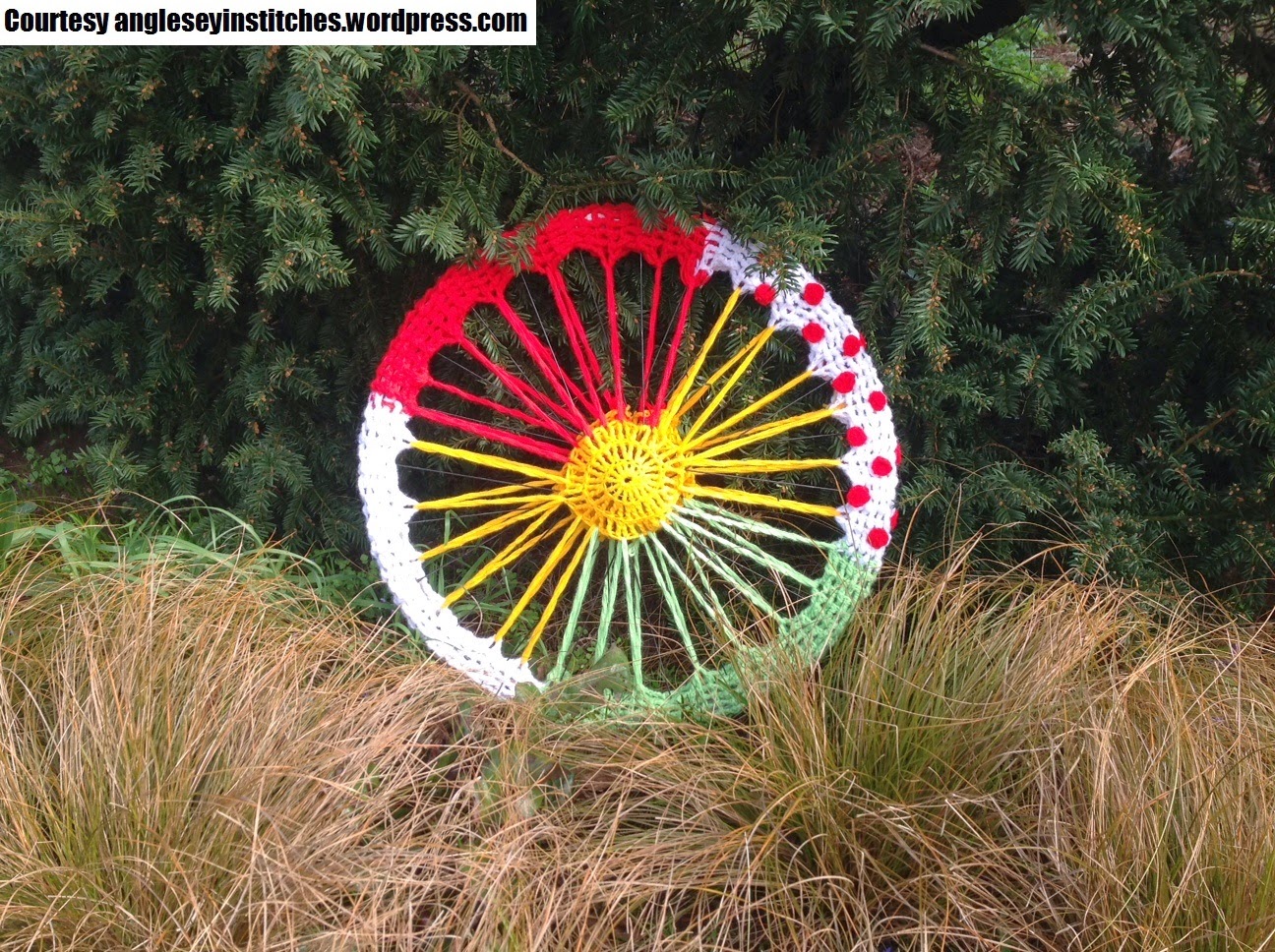 Inspiration from Anglesey in Stitches at the Abbey 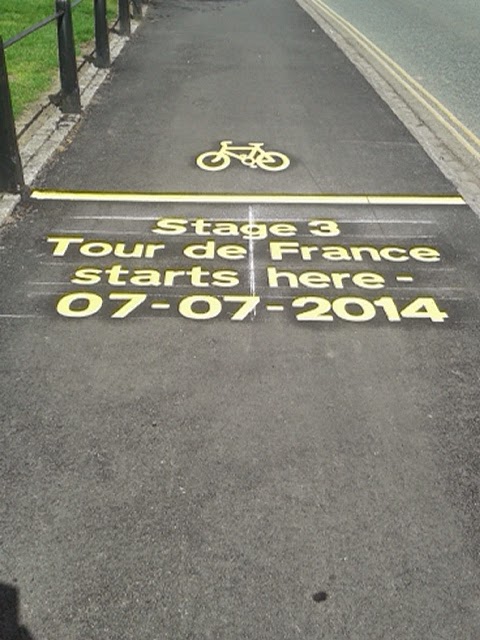 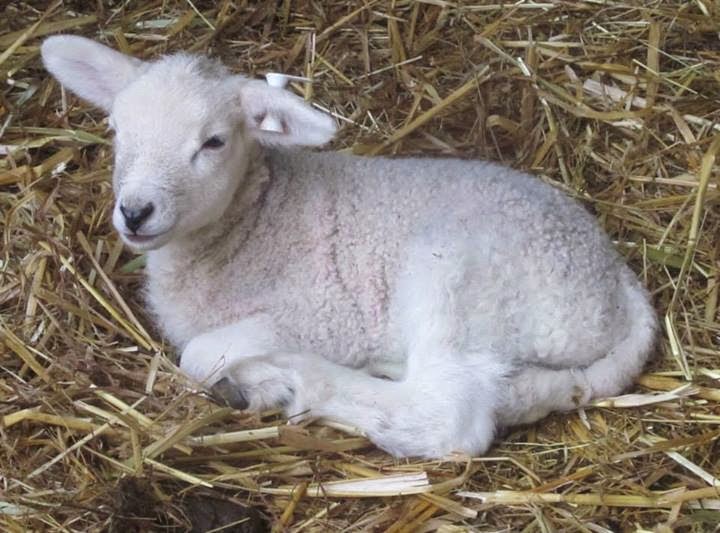 Fuller gallery here including pictures from YOU! Please email us your knitting group pictures here (not for communication).